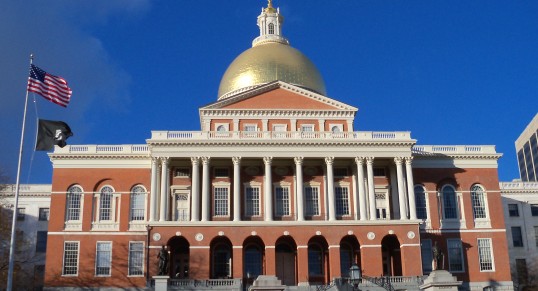 Senators Michael O. Moore (D-Millbury) and Anne M. Gobi (D-Spencer) announced that the Senate took final action to advance legislation that would establish uniform protocol and procedures for tracking, transporting, and collecting sexual assault evidence.  Importantly, the bill would also extend the length of time that sexual assault kits are required to be retained for evidentiary purposes.

“This bill helps to ensure the integrity of the evidentiary materials until the survivor is ready to come forward,” said Senator Moore, who serves as Senate Chair of the Joint Committee on Higher Education.  “This legislation also compliments ongoing efforts to address the issue of on-campus sexual assaults by providing survivors with the resources necessary to pursue justice.  I am proud of the efforts of both Chambers for bringing this important bill to the Governor’s desk during the current legislative session”

“Sexual assault victims have suffered enough, I encourage Governor Baker to sign the bill immediately, so that their trauma will no longer be compounded by an outdated process,” said Senator Gobi.  “This was truly a team effort and I was happy to work with my colleagues to pass this legislation.”

“This has been a bi-partisan, bicameral effort and it took a lot of teamwork to get it to this point, which is something I am very proud of,” said Representative Farley-Bouvier.  “The Rape Kit Retention bill is just one step in making the criminal justice system more accessible to victims of sexual assault, and it is only through doing that that we will encourage more victims to come forward.  Currently, only one in five victims report their sexual assault and until we have cultivated an environment that promises integrity, the underreporting will continue and rape culture will continue to threaten the safety of women.”

Currently, sexual assault kits are required to be kept for six months after which discretion is given to the retaining agency to either store or destroy the evidence if formal charges have not been filed.  The bill would extend the required storage of sexual assault kits until the statute of limitations expires which, in Massachusetts, is currently fifteen years.  Under the bill, hospitals will be required to inform rape or sexual assault survivors that the evidence will be retained until the statute of limitations expires.

The Senate version of the bill included a Moore-sponsored amendment that would enable a governmental entity, such as a local police department, that is unable to meet the fifteen-year retention requirement to request a waiver from the Forensic Sciences Advisory Board.  While the amendment was originally adopted by the Senate, the language was ultimately withheld in the final version of the bill passed by both Chambers.

The bill has been laid on the Governor’s desk for their approbation.  To continue tracking the status of the legislation, H.4364, please visit the Legislature’s website, www.malegislature.gov.