“On August 28, 2015 a 9-1-1 call was received for a man who had reportedly stopped breathing. Detective Palmieri responded and arrived while the caller was still on the phone with the dispatcher. He confirmed the man was not breathing and did not have a pulse. He immediately initiated CPR on the patient. Paramedics from Upton EMS arrived moments later at which time an Automated External Defibrillator (AED) and LUCAS Chest Compression System were utilized, successfully bringing the patient back to life.” ~ Upton Police.

The presentation was moving. The room was filled Upton First Responders, Town Officials and residents of the community. Hugh Kiristy, the patient, and his family were in there to see Detective Palmieri receive the Citation from State Senator Mike Moore and State Representative David Muradian. Chief Bradley also presented Detective Palmieri with a life saving pin that will be worn on his dress uniform.

“Tonight I was able to join Senator Moore in recognizing a TRUE HERO, Upton Police Det. Nicholas Palmieri, who saved the life of another resident recently. I am so proud and honored to have such great police departments, and officers, in my district!” said Representative Muradian. 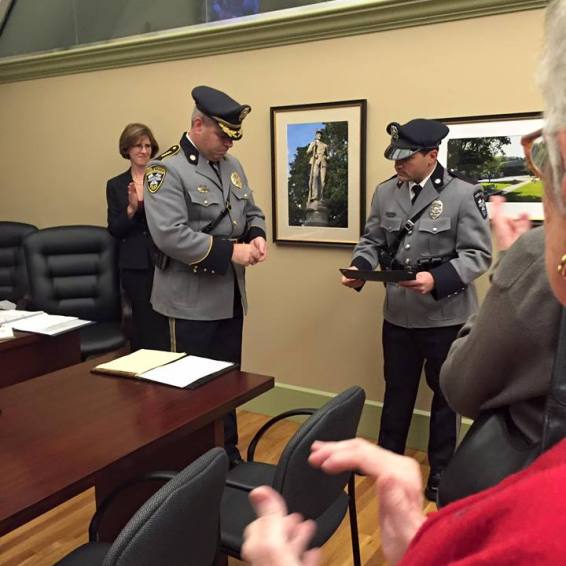 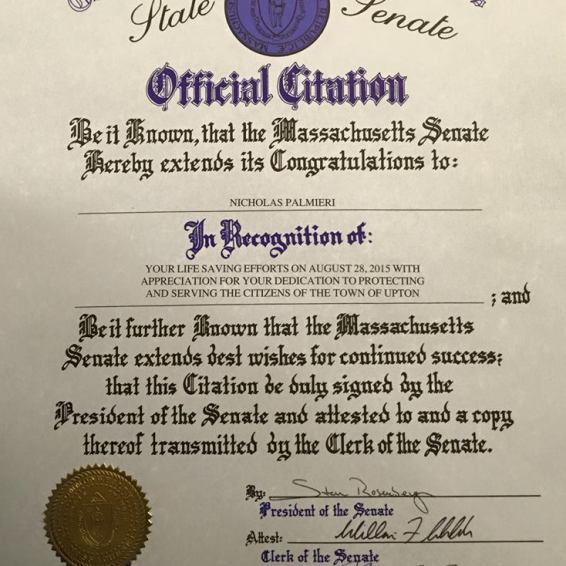 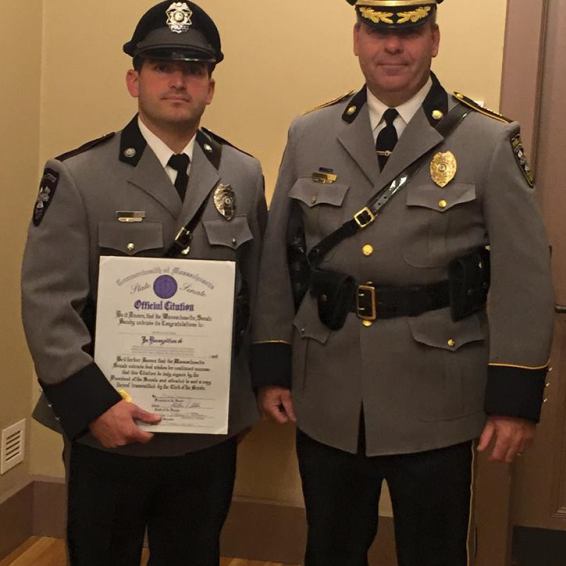