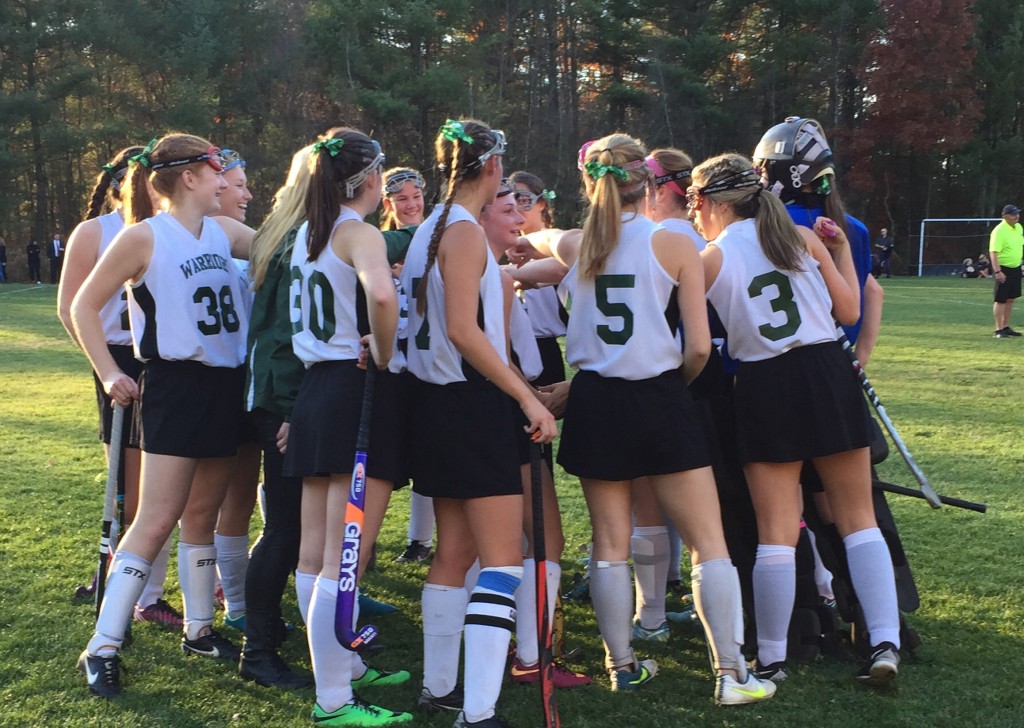 The Nipmuc Regional High School Girls Field Hockey Team is on fire. On Wednesday, November 4 the girls entered preliminary tournament play against Tyngsboro winning 3-2. Two goals were scored by Brittany Lunny and the winning goal was made by Lea Peterson with under a minute left in regulation.

Their next battle took place on Friday – The Battle on Pleasant Street – where the No. 14 Warriors took on the third-seeded BVT Beavers at BVT in the Division 2 first-round game. The game went into double overtime. Jill Carey converted a pass from Samantha Capalucci with 6:44 left in the first half to give Nipmuc an early lead, but BVT scored sending the game into double overtime where Nipmuc Bailey Lynch scored for the win.

Today the girls enter Quarter Final Play and will take on Littleton at Littleton High School at 2 p.m.