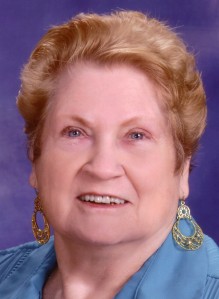 Mrs. O’Connell was born in Wayland, a daughter of the late Harry and Pearl (Jeffery) Bragg. She was a homemaker who lived in Pennsylvania and Chatham before coming to Upton in 1995. She was a member of the United Parish of Upton, where she sang in the choir, and had also been a member of the Upton Woman’s Club and served on the Upton Board of Library Trustees.

Following cremation, private burial will be in Lakeview Cemetery in Upton.

A Memorial service will be held Saturday, December 19, at 11 a.m. in the United Parish Church, 1 Church Street, Upton, with a reception in the church hall to follow.

In lieu of flowers, memorial donations to the United Parish Deacons Fund, Box 382, Upton, MA 01568 would be appreciated.