The Upton Firefighters Monument was placed at Lakeview Cemetery in 1973.  It was purchased by the Upton Fire Company for the purpose of remembering the service and sacrifices of Upton’s Firefighters. A memorial service is held annually at the site, bringing past and present Firefighters together to remember those who have passed on.

The Upton Fire & EMS Association maintains the monument. In the Spring of 2014, Robert Prentiss, a retired Upton Fire Chief, proposed updating the monument and making its surroundings more permanent. A committee was formed.

Russell Poirier, a 17-year-old Scout from Upton, stepped up to the plate and took on the committee recommendations as his Eagle Scout project. Russell is a member of the Upton Fire Explorers Post and is a fourth generation member of the fire service in Upton, with his father, grandfather, great-grandfather and great-uncle having served.

The Upton Fire & EMS Association said Russell carried out the tremendous responsibility of securing funding, contacting suppliers, contacting an adviser to help with construction, and organizing multiple work parties to complete the work.

Russell said he took on the project to give back to the department. “The monument was originally a bed of mulch with a headstone. I feel those who have protected our town deserved more,” said Russell. The monument is now embedded in a two-tiered stone patio with a small wall where those who visit can sit.

In a statement, the Upton Fire & EMS Association wrote:

“We have received positive responses on the great job Russell did in updating the Firefighters Monument.  We could not think of a more fitting Eagle Scout project for Russell to choose.

The Association, members of the Fire & EMS departments both past and present are all proud of the results and would like to thank the committee and especially Russell for his hard work and dedication.” 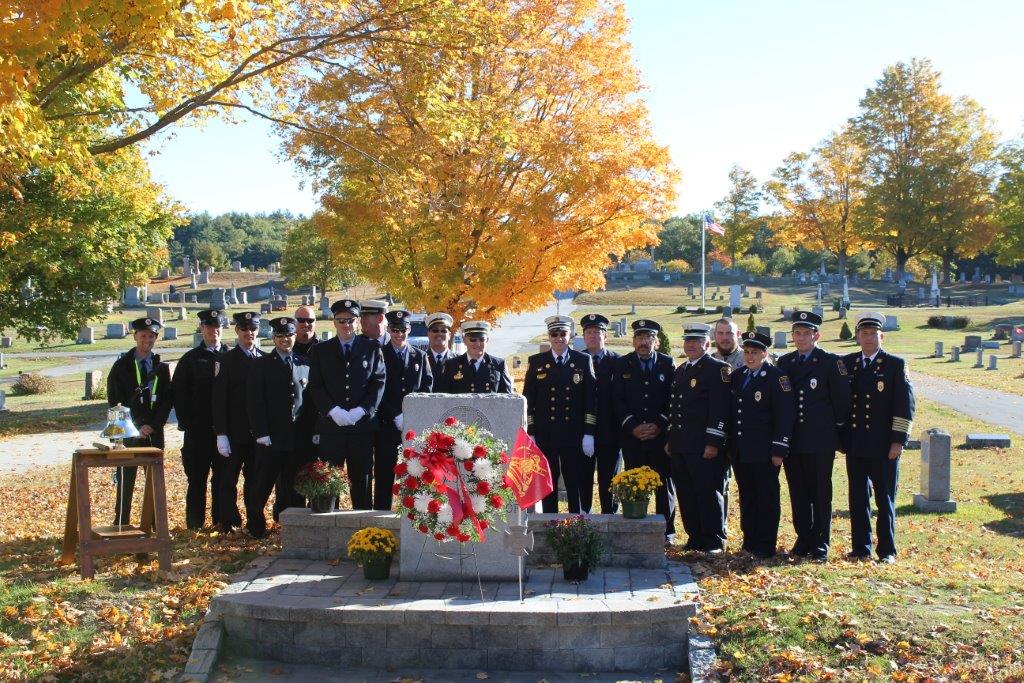