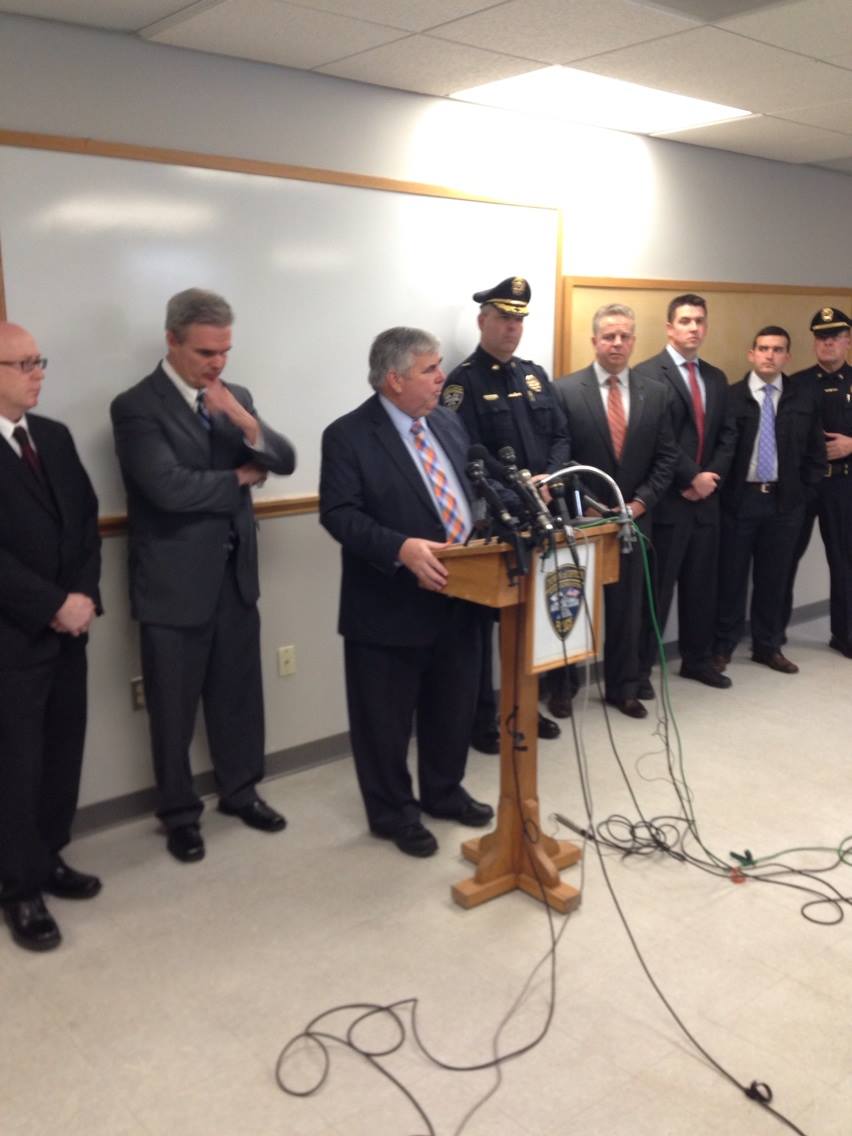 Early said on December 26, 2015, at approximately 2:15 p.m. a hunter discovered a human skull off of Mendon street in Upton. Upton police responded and Officer Nick Palmieri confirmed it was a human skull. The District Attorney’s Office searched the area where additional bones and clothing were found with no identification. Early said the remains were sent to the Medical Examiner to be cross reference against the missing person database.

On Monday, December 28, 2015, Upton Police closed off a portion of Mendon Street for a Police Investigation.

According to Early additional remains and clothing were found on Monday.

Morrissey said the remains were identified as James J. Robinson of Avon. Robinson was kidnapped from his parents residence in Avon on January 1, 2014 by two men who police believe were disguised as officials; they said he was needed for drug and alcohol testing.

Upton Police Chief Bradley said Robinson’s remains were found on private property.  The hunter who found the skull was not the property owner; A “No Hunting” sign was not posted in the area.

Morrissey suspects the remains have been in Upton off Mendon Street for most of the two years Robinson was missing. Morrisey said the  investigation is still ongoing; they don’t know if there is any connection to the location where the remains were found.

Morrissey said three of the four men involved with the kidnapping are currently incarcerated, one has been released.

Early praised the work of the Upton Police Department and all other departments involved. “The remains were found the day after Christmas and were identified within 72 hours as a homicide victim.”