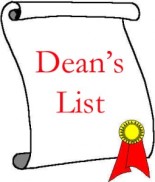 Joshua Smith, of Mendon, Mass., has been named to the fall 2015 Dean’s List at Coker College for earning a 3.75 or higher grade point average (on a 4.0 scale)

Poirier, whose major is Fashion and Retail Merchandising, is a member of the class of 2016 and was among 726 students honored in the Fall 2015 semester.

To achieve the Dean’s List, each student must be full-time carrying 12 or more graded credits for the semester with a grade point average of 3.5 or above.

Marissa Ng, from Upton, MA, has been named to the dean’s list for the fall 2015 semester at the University of Vermont. Ng is a Class of 2016 Biology major in the College of Arts & Sciences.

To be named to the dean’s list, students must have a grade-point average of 3.0 or better and rank in the top 20 percent of their class in their respective college or school.

Colby-Sawyer College recognizes students for outstanding academic achievement during the 2015 fall semester. To qualify for the Dean’s List, students must achieve a grade-point average of 3.5 or higher on a 4.0 scale while carrying a minimum of 12 credit hours in graded courses.

Sydney Brinkerhoff of Acton (01568). Brinkerhoff is a member of the Class of 2018 and is Majoring in Psychology.

Kelsey Campbell of Upton (01568). Campbell is a member of the Class of 2017 and is majoring in Studio Arts.

Mendon resident Caroline K. Martell, a member of the Class of 2016 at Stonehill College, earned Dean’s List honors for the Fall 2015 semester.

Martell is a Sociology & English major at the College.

Mendon, MA resident, Lauren Christine Garufi, has been named to the dean’s list at James Madison University for the fall 2015 semester. Students who earn dean’s list honors must carry at least 12 graded credit hours and earn a GPA of between 3.5 and 3.899. Garufi is scheduled to graduate in 2016 and is majoring in marketing.

Trinity Scanlon received a 4.0 and made the Dean’s list at Quinnipiac University for the Fall 2015 semester. Trinity plays on QU’s Division I Lacrosse team. She is a Biology major studying to become a Veterinarian.

Congratulations to Aram Taft of Mendon, who was recently named to the fall 2015 dean’s list at Keene State College. Taft was among 1,355 students who were honored for academic excellence in the fall 2015 semester. To qualify for the dean’s list, Keene State undergraduates must be enrolled in a degree program and must have completed a minimum of six credit hours in the semester, receiving no failing or incomplete grades. Students must achieve a 3.5 or higher grade point average on a 4.0 scale to earn dean’s list honors.

Jason Colwell, a Freshman majoring in Management, from Mendon, MA, (01756) was among approximately 2,248 students at Coastal Carolina University who made the Fall 2015 Dean’s List.

Stephanie Burnell, of Mendon, MA, was named to the Becker College Dean’s List for the Fall 2015 semester.

The University of Hartford is pleased to announce the following local students have been named to the Dean’s List for Fall 2015.