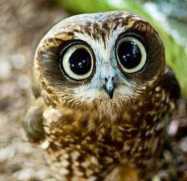 In a statement made through her attorney, Mendon Town Administrator Kim Newman said Horn’s internal investigation was “proceeding on the incorrect assumption that Ms. Newman was “alleging hostile work environment sexual harassment.”

Newman states through her attorney that, “Mr. Horn falsely alleges that “Newman characterized Zarella’s conduct as sexual harassment.” This is particularly disturbing when one realizes that Ms. Newman has not made a claim for hostile work environment sexual harassment”

Newman also stated through her attorney  that “given the strong professional and personal relationship between Mr. Horn and Mr. Zarella, the bias of Mr. Horn against Ms. Newman is palpable.”

This is a story of two reports, two findings, and town officials with different views on what was alleged or wasn’t alleged.

As previously reported Horn determined an independent investigation was warranted based on  “…numerous assertions of sexual harassment and/or hostile workplace environment” and “concerns appropriately raised by town counsel.”

Below is the complete statement of Newman through her counsel. Upton Daily was not privy to this statement prior to writing What The Heck Is Going On In Mendon.

STATEMENT OF KIMBERLY NEWMAN THROUGH HER COUNSEL

On March 3, 2016 Attorney Allyson Kurker conducted an independent investigation and prepared a Report at the request of the Board of Selectmen of the Town of Mendon, relative to allegations of unprofessional conduct on the part of Assistant Fire Chief Michael Zarella. Attorney Kurker, as independent investigator, made several findings including the following: “…the facts are undisputed that on January 11, 2016, Mr. Zarella spoke to several male Town employees about Ms. Newman’s revised contract and used vulgar language to suggest the Board gave Ms. Newman a raise because she was in an intimate relationship with the Chairman.”

Attorney Kurker’s Report was forwarded to Mr. Horn by the Board of Selectmen for his determination as to appropriate discipline for Mr. Zarella based on the findings in the Report.

Regardless, Mr. Horn then interviewed several Town employees, including non-public safety department employees, on the premise that he was interviewing them regarding a sexual harassment hostile work environment claim made by Ms. Newman. The characterization of Ms. Newman’s claims by Mr. Horn was a misrepresentation of the truth, and was used to manipulate employees into cooperating with his “investigation”.

It is no secret that Mr. Horn has questioned Ms. Newman’s ability to serve as Town Administrator.

Thus, given the disparaging public comments of Mr. Horn regarding Ms. Newman’s workas Town Administrator and given the strong professional and personal relationship between Mr. Horn and Mr. Zarella, the bias of Mr. Horn against Ms. Newman is palpable. Mr. Horn works very hard in his report to disprove a nonexistent sexual harassment claim, so as to exonerate his friend and co-worker, Michael Zarella.

In the end, however, Mr. Horn’s report ignores the inappropriate conduct of Assistant FireChief Zarella, as found by Attorney Kurker. The bias and partiality of Mr. Horn in this matter is self-evident. The Board of Selectmen should dismiss his report and seek direction from Town Counsel on how to proceed.

Ms. Newman continues to reserve all rights she has under the law against Mr. Zarella, Mr. Horn and the Town of Mendon