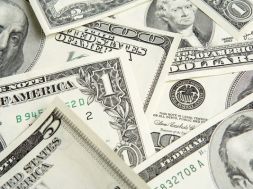 In an effort to enhance local aid for communities in the 9th Worcester District, State Representative David K. Muradian, Jr., (R-Grafton) supported a proposal within the House Budget to return a portion of any surplus state revenue in the upcoming fiscal year to the Commonwealth’s cities and towns.

The proposal, offered by House Republican Leadership as an amendment to the Fiscal Year 2017 state budget currently being debated by the House of Representatives, received the unanimous support of the House Republican Caucus but was defeated on a roll call vote of 37-121, on April 25.

The Fiscal Year 2017 budget is being formulated based on an assumption that state tax revenues will total $26.86 billion in the new fiscal year that begins on July 1st.  This represents an increase of $1.1 billion – or 4.3 percent – over current revenue projections for Fiscal Year 2016, which ends June 30th.

If actual Fiscal Year 2017 revenues were to surpass projections, Representative Muradian noted, the amendment would have required 50 percent of the excess revenue – up to $100 million – to be made available as additional local aid to cities and towns.  The proposal also stipulated that this surplus revenue be allocated on a proportional basis using the distribution formula for unrestricted general government aid, which can be used by municipalities to fund a wide variety of local needs.

“Communities across the Commonwealth are struggling to deliver essential municipal services,” said Representative Muradian. “Although the proposed House budget calls for significant increases in local aid funding in Fiscal Year 2017, this amendment would have gone even further in helping to reduce the financial pressures our cities and towns are currently facing.”

With the exception of tax collections received during the Great Recession, actual state tax receipts have historically been higher than the consensus revenue estimate.  In recent years, excess revenues have averaged $730 million, representing growth of almost 4 percent over original projections.