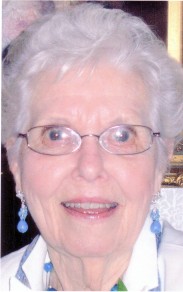 Joan E. (McCarthy) Lapan, 89, of Upton, died late Saturday, October 29, 2016 in Beaumont Nursing Center in Northbridge after an illness. She was the widow of Roland G. Lapan, who died in 2008.
Mrs. Lapan was born in Milford, the last surviving of nine children of the late Frederick J. and Mary E. (Burns) McCarthy. She was a graduate of the former St. Mary’s High School in Milford and had lived in Upton most of her life.
She leaves one daughter, Joyce MacNaughton and her fiancé Ronald Lavigne of Upton; five sons, Robert Lapan and his wife Betsey and David Lapan and his wife Dawn, all of Upton; Steven Lapan and his partner Karen Garner of Uxbridge; Thomas Lapan and Christopher Lapan and his husband Jose Rodriguez, all of Boston; 8 grandchildren; 6 great-grandchildren; and a dear friend, Melva Allen of Upton.
Following cremation, private burial in Lakeview Cemetery in Upton will be at the convenience of the family.
Arrangements by Williams-Pedersen Funeral Home of Upton (www.uptonfunerals.com).