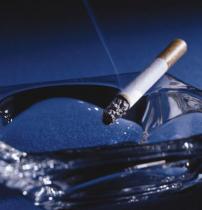 In a unanimous vote, the Scituate Board of Health on Monday night raised the legal age for buying cigarettes, tobacco products and nicotine delivery devices from the state minimum of 18 to 21, effective May 1.  Scituate is just one of the growing number of towns to join in the effort  to crack down on teen smoking.

Last week Upton teen Lindsay Doyle met with the Upton Board of Health and requested they consider raising the cigarette sales age to 19 or older. Some board members expressed skepticism on whether or not raising the age would reduce teen smoking and some members also believed service men should be able to buy smokes. After some discussion member Al Holman saw value in the argument that raising the purchase age to 19 would remove the buyer from the school and believed the topic warranted further discussion. The board told Lindsay Doyle they would get back to her at a later date.

Editor’s Note – Lindsay Doyle is President of Nipmuc S.A.D.D. and the daughter of Upton Daily’s editor.