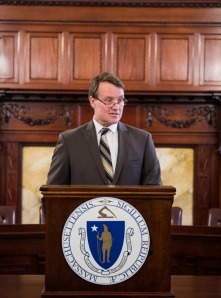 Opaque skies, brisk mountain air, and a scenic backdrop greeted me and seven Senate colleagues on our arrival in Denver, Colorado last week.  While the natural beauty of the Centennial State is a spectacle to behold, our fact-finding  mission was focused on a single task— to meet with state and local officials, public health experts, business owners and other stakeholders about the pros, cons and overall impacts of their state’s blossoming marijuana industry.

You may be wondering why eight Massachusetts state senators ventured more than halfway across the country to ‘fact-find’ about marijuana.  The answer is simple.  Bay State voters are expected to face a ballot question later this year about whether our state should follow in the footsteps of others that have legalized recreational use (Oregon, Washington, Alaska and Colorado).  The significance of our trip was further bolstered by the voter-led passage of medical marijuana in 2012.

The State Senate has taken a deliberative approach to planning for the possibility of voter-endorsed legalization of recreational marijuana.  The passage of this ballot initiative would raise many serious economic, regulatory, public health, and safety issues. In order to best prepare for this possibility, the Senate formed a Special Committee on Marijuana last year to take a serious look at the public policy implications.

As Vice-Chair of the Special Committee, and as a former law enforcement officer, one of my primary concerns continues to be the potential safety issues associated with legalizing recreational use— particularly for vulnerable populations.  I have seen, firsthand, the negative health, financial and long-term impacts of drug use including marijuana.  Despite my reservations, I approached this trip with an open mind, keen on learning what how Colorado has dealt with this significant shift in public policy.

Recreational marijuana became law in Colorado shortly after voters approved a ballot initiative in late 2012.  It has been three years since legalization and two years since retail marijuana stores first opened their doors, and the economic, safety, and health repercussions remain uncertain.  Throughout the trip we heard from experts and officials who are intimately involved in the recreational marijuana system.  Whether discussing the rates of use among young people, the number of impaired drivers on the road, or the effect on crime rates, the lack of consensus was startling.

Some of the uncertainty regarding the impact in Colorado stems from the relatively recent implementation of this system, and the fact that many of the long-term effects have yet to be realized. Another contributing factor is the complex bureaucracy needed to uphold the standards of recreational marijuana.  This includes the hiring of dozens of new employees at the Department of Public Health, a serious shift in the authority and duties of law enforcement officers, and a significant revision of the state tax and banking laws. A new state agency was created to oversee the implementation process, and the Colorado Department of Agriculture has requested their budget be doubled in order to adequately uphold the health and safety standards for recreational marijuana.

Increased tax revenue is often cited as one of the overarching benefits to legalizing recreational use.  Certainly, the logic behind this conclusion makes sense.  However, my meetings with state officials in Colorado suggest that the existing tax benefits haven’t met expectations.  Officials there had estimated $100 million in new tax revenue but the results yielded only $53 million.  While some may argue that any new revenue is a good thing, this trip has reaffirmed that this issue is much more complex than that.

Since 2012, Massachusetts residents have witnessed the disastrous implementation of our own medical marijuana system.  It is clear to me after this trip that legalizing recreational use would require an even greater commitment of resources on behalf of public officials across the Commonwealth.  Legalization is still a polarizing issue in Colorado, and the impacts- both positive and negative- have yet to be fully realized. While the legalization of recreational marijuana is ultimately a question for voters to decide this fall, I know that my colleagues and I are better prepared to confront the issues that would arise here in Massachusetts.

Senator Michael O. Moore (D-Millbury) represents the Second Worcester District consisting of the Towns of Auburn, Grafton, Leicester, Millbury, Shrewsbury, Precincts 2 and 4 in Northbridge, Upton, and Wards 5-7 and Precincts 1 and 5 in Ward 8 of the City of Worcester.