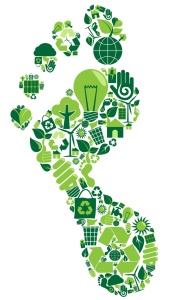 On January 25 District Superintendent Dr. Joseph Maruszczak was pleased to report the district recently signed a contract with National Grid, through an incentive program, which will cut electricity costs and usage in all four schools.

“It’s a program being offered to change all lighting, literally change every light fixture throughout the district in all four schools to LED lighting,” said Maruszczak.

National Grid will replace every light bulb inside and out, including parking lots, canopy lights, lights in the front.

Jay Byer, Director of Finance and Operations said, “They (National Grid) came through and surveyed all four buildings.  They are going to replace everything that isn’t already and LED,” said Byer. “Pretty much everything will be replaced,” he said.

According to Byer, the district will save 826,000 kW annually, which is a twenty-five percent reduction in electricity.

Although the million dollar project is costing the district $620,000 the district will see cost savings starting day one.

Byer said, “I told them (National Grid) that it had to save us dollars on a monthly basis, including financing of the project, and it will. The saving will be minimal the first five years but after that we will get a dramatic reduction.”

The next step is to select a colored light. The district will replace lighting in a few rooms to see what works best.

The work will take place in the next six to nine months, with most of the work being completed on weekends, nights, and in the summer.

The district is also currently working on a solar project at Miscoe Hill in Mendon. The first field array is complete and awaiting hookup through National Grid. A solar carport has been approved by the Town of Mendon and will be constructed at Miscoe after school is dismissed for the summer.

Byer said the two programs combined would save the district anywhere between $75,000 to a $100,000 annually in electricity costs.