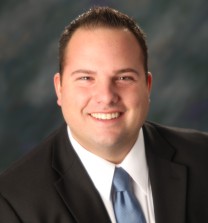 Representative David K. Muradian, Jr. (R-Grafton), who announced his candidacy for re-election to the House of Representatives on January 13th, formally held his official campaign kick-off event February 23rd at the Grafton Inn.

Present among the supportive crowd of over 200 people were Worcester County Sheriff Lewis Evangelidis, Representative Paul Frost of Auburn and Representative Kevin Kuros of Uxbridge. Also in the multitude to show his support for the Representative was his predecessor, and current Commissioner of Fisheries and Wildlife, George Peterson.

“It has been an indescribable honor to serve you in the House of Representatives during this last year plus, and I am here seeking your votes and support again so that I can continue to work hard on your behalf,” stated Representative Muradian. “We have accomplished a lot but there is still so much to do to improve the lives of the people of the 9th Worcester District, and the Commonwealth as a whole.”

Representative Muradian spoke about his accomplishments and successes during his first term, but also stressed the need for more hard work in the coming legislative session and beyond. He also laid out a vision that he sees in the future for the 9th Worcester District.

“It has been an amazing experience being the voice of Grafton, Northbridge and Upton on Beacon Hill. I am extremely humbled by the overwhelming support, and hope that I can continue to earn the trust of the 9th Worcester Districts’ voters come the fall. It truly is a privilege to be your Representative, and I look forward to continuing to advocate for our communities.”

Among his successes in the Legislature, the Representative pointed out nearly $8 million dollars that he was able to help secure for the 9th Worcester District within his first year. He has also been appointed to the Transportation Committee, helping to ensure this state fixes a broken system that has failed its users, and started his first annual Bundle Up the Blackstone Valley coat drive, which brought in over 500 coats, to benefit the less fortunate among our communities.