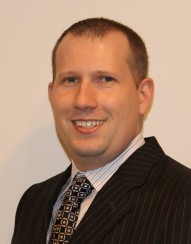 Today Upton Daily had the opportunity to sit down and chat with Gary Daugherty who is challenging incumbent Ken Picard for a seat on the Upton Board of Selectmen.

Gary and his wife Maryann moved to Upton in 2007. Since moving to town they have added two daughters to their family who are now age 2 and 7. His older daughter attends Memorial School in Upton.  Gary served with the Upton Fire Department as a volunteer firefighter until 2012 and was a member of the Advanced Life Services Study Committee.

A dedicated public servant, Gary served from 1998 to 2004 in the United States Air Force with multiple deployments around the world, including Afghanistan. He is a career firefighter-paramedic for the Town of Hopkinton and holds the rank of Lieutenant. He has served on the Hopkinton Professional Firefighter’s executive board as both President and Secretary/Treasurer.

Why is he running for selectman? Gary hopes to bring positive change to the community. “People don’t feel comfortable approaching town hall anymore. We are a small town, our leaders should be approachable,” he said.

When it comes to campaign promises, he isn’t making any. Gary wants to bring a fresh perspective to the table and bring back the feeling of community at the town hall.

It’s about bringing out new voices and ideas. Gary said he feels his candidacy is getting younger residents of the community interested in town government. “We are the future of this town and we need our voices heard,” he said.

“I’m a great listener, people feel at ease speaking with me, and from what I’m hearing that is missing at the town hall,” he said.

His view on taxes, “I don’t think taxes should automatically increase 2.5 percent each year. A goal should be to keep the taxes lower, perhaps set a goal to not increase taxes or to only increase by one percent year over year.”

When asked if he supported last year’s override for the school budget Gary said, “I reluctantly supported it because I was a hundred percent sure all the money was going to the schools. I’m always cautious of overrides because that money is set in the tax rate forever.”

Gary disagrees with how many towns currently approach overrides. “They lump all the department requests into one instead of doing it separate.”  Gary also said he would break up future overrides into individual needs, allowing the voter to decide.  “Everyone knows that school overrides always pass, that’s why they sneak additional into overrides,” he said.

As far as experience, “I’m a shift Lieutenant with the Hopkinton Fire Department. I oversee everything that happens when I’m in charge on any given day. I also interact with all town boards on a regular basis,” he said.  “I’m used to working collaboratively within town government”.

Gary said he has been getting a great amount of support. “My phone is ringing off the hook. Friends, neighbors, and community members who feel the same are going door to door and rallying the community behind me It’s a true grassroots effort and Mr. Picard’s isn’t happy with it,” he said.

Gary doesn’t consider himself a politician and considers himself a shy. “It’s not easy for me to knock on doors but I’m out there doing it, that’s how passionate I am about changing the direction of our town government.”

“I promise the community that I will represent them with honesty, accountability, and full transparency,” he said