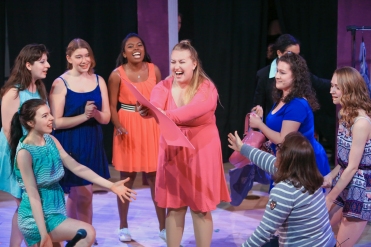 Aoife K. O’Connell of Upton, MA, performed in Western New England University’s production of “Legally Blonde the Musical” as Chutney Wyndham. The freshman Neuroscience major, began her acting career when she began performing in school productions, as well as a small theatre group. The crowd pleasing performance made the last show of the year a memorable one for the Stageless Players.