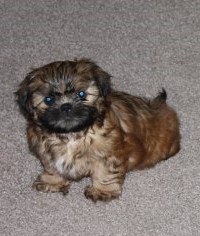 Today, Senator Michael O. Moore (D-Millbury) announced that the Massachusetts Senate unanimously passed legislation to improve several areas of current law dealing with the sale and treatment of dogs and cats.  The bill helps to ensure that puppies and kittens are bred and sold in safe and healthy environments and strengthens the Commonwealth’s “Puppy Lemon Law” to give pet owners more options if they unknowingly purchase a sick pet.

“As a proud dog owner, and having served as an Environmental Police Officer, I certainly recognize the importance of protecting vulnerable animal populations,” said Sen. Moore.  “I was pleased to offer my support for this legislation which offers commonsense reforms to enhance breeding and safety standards to protect pets and pet owners.”

“This is a significant victory for both animals and consumers. We receive complaints about, and state records document, consumers who have been devastated after purchasing a puppy who they quickly find out is sick,” said Kara Holmquist, Director of Advocacy at MSPCA-Angell. “This bill will allow better remedies for these families, prevent pet shops from selling puppies and kittens from large-scale breeders with significant violations of the Animal Welfare Act and support safe, healthy development for growing animals. We thank Senator Spilka for being a great champion for both animals and the people who care about them.”

The bill prohibits the sale of puppies and kittens younger than eight weeks old, increasing the likelihood that they will grow to be healthy dogs and cats, and outlines a process for a veterinarian to declare an animal suffering from a significant adverse health condition “unfit for purchase.”

In an effort to protect pet owners when they unknowingly purchase a sick pet that then requires extensive veterinary bills, the bill outlines remedies available to a buyer of an animal declared unfit for purchase by a veterinarian.  Remedies contained within the legislation include exchanging the animal or a refund and reimbursement for reasonable veterinary fees. The bill also sets forth a procedure for a seller to contest these demands.

The bill regulates commercial breeders and so-called “puppy mills” to further protect the health and safety of animals. It prohibits pet shops from selling dogs or cats that originate at or are purchased from breeders that are not properly licensed or have committed certain violations of the Animal Welfare Act. Pet shops would also be required to maintain certain compliance records and conspicuously post identifying information for the animal and the breeder.

Finally, the bill empowers the Department of Agriculture to create rules and regulations to ensure commercial breeders maintain humane conditions.

The bill, which was originally filed by Senator Karen E. Spilka (D-Ashland), now goes to the House of Representatives for consideration.