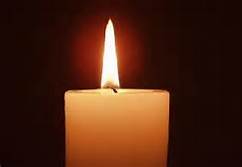 James E. Barnes, 86, of Upton, died Saturday, August 6, 2016 in Blaire House of Milford after a brief illness. He was the husband of Sylvia M. (Leslie) Barnes.

Jim was born in Walpole, a son of the late Walter I. and Clara L. (Drummond) Barnes. He was a graduate of Walpole High School who also studied at Lowell Technical Institute. He served with the Naval Reserves for four years and worked as the assistant production manager for Axton Cross Chemical of Holliston for 30 years, retiring in 1997. He lived in Holliston before coming to Upton 55 years ago.

In addition to his wife, he leaves four children, Gail Lamendola and Brian Barnes of Providence, RI, James C. Barnes of Hawaii, and Nancy Cornine of Worcester; a brother, John Barnes of Tamworth, NH; three sisters, Ethel Naddoff of W. Bridgewater, Marion Weiker of Upton, and Jeannette Sullivan of Quincy; 12 grandchildren; and 6 great-grandchildren.

Following cremation, private burial will be in Maplewood Cemetery in Upton. There are no calling hours.