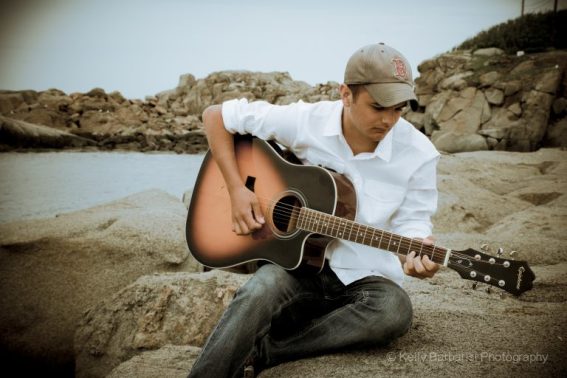 Twenty-one year old Tim Buono has been playing guitar and singing since he was about 9 years old and was recently named Country 102.5’s Catch of the Week.

Tim fell in love with country at an early age. “When I was 9 years old my parents took me to see my first concert at Indian Ranch, Brad Paisley. I knew right then and there that I wanted to learn to play the guitar just like him and learn to sing,” Tim said.

He describes his sound as a mix of Charlie Worsham and Eric Church.

In 2015 he was inspired when he met Dierks Bently backstage at the Country 102.5 Country Music Festival.  “I gave him a link to one of my covers. I didn’t expect anything to come of it. The next day my phone started blowing up,” Tim told Country 102.5 in a recent live interview. “He posted my video and gave me  the push I needed to continue my music career,” he said.

This past summer Tim traveled to Nashville to record a couple of songs with a producer on music row. He’s also met with a couple of record label executives. “I’ll be going back in the spring for some co writing sessions and to play a songwriters series show put on by that label.”

Tim is a 2013 graduate of Blackstone Valley Tech.

His advice to anyone who wants to pursue music is what his parents told him, “Do what you love and everything else will fall into place.”

Tim has an EP available for purchase out on iTunes, Google Play, Amazon and most other major distributors. You can also stream Tim on Spotify.