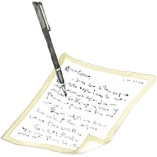 Once again we have elected one president by popular vote and another by action of the Electoral College! In years gone by, I have been ok with that. This time, No!

I thought I was alone on this!

But yesterday, last night and today there is a rising of buyer’s remorse like no other. Boston, Chicago, Los Angeles and Seattle are all seeing not just riots in the street, but huge riots, violent riots, multiple arrests in the street with cracked skulls and more; all protesting the election of Donald J Trump to the office of president!

A new comer to politics and no fool, “The Donald” chose the lowest of low roads from the beginning by appealing to the most basic vulnerabilities known to mankind, of which he is an expert. Ego, greed, and winning!

Echoing through history for ever will be; “Crooked lying Hillary. The worst Secretary of State, the most dishonest, THE WORST, put her in jail…” Over and over and over again! Then, “during my first days as President I will launch an investigation, find her guilty and put her in jail, I promise you!”  With huge crowds seeking entertainment as in Saturday Night Live the chant began “Jail Hillary”… and then the red neck promise on national news networks heard all over the world, “I will be a martyr if necessary!” Scary!

In total disbelief! Then; you, the organizers, the party goers, the party itself are shocked to note more than enough electoral votes to make it true! You will be the next president elect.

And then, in your premature acceptance speech, you choose to thank Hillary for her years of wonderful faithful, committed, skilled service and sacrifice to the needs of our country in ever so many ways and now in a kinder, gentler, more understanding face you asked for unity and healing of the great divide you alone created and declared to be present.  So what is true? Was she wicked or was she wonderful? Lier, lier pants of fire! Is it possible, based on recent bad personal and business behavior, with current and working litigation now in progress, you could actually become the first president to service part or all of your time in office as  president, in prison?

Indicted in so many more ways by your own words, your own actions and so skilled in despicable behavior, so quickly honored by our national foes, you may be for a short period in history, a president of a place called America, but you will likely never be a president of the “United States of America” or my president!

“I will present my tax return before the election!”… “I will build a wall!”… “I have divested all of my worldly financial interest to a blind trust in order to take this office!”… “ I will make America Great Again!”   No you did not! No you won’t! Yes, you cannot!  “The United States of America” occurs by agreement of the many people implemented by an elected congress enforced by a supreme court. It does not occur by a single opinion or by a directive of an individual such as yourself. “I will”, “I will”, “I will”…..

Greatness is built on honesty, integrity, trust, reliability, consistency, predictability, intelligent thoughtful decisions, a balance and understanding of all needs among all citizens of this planet… and none of the above can be found in you, your opinions, your actions, your leadership! I can find little or no evidence you have or possess any of these values in your personal, business or political life!

Built on a vast collection of lies, the squishiest foundation of human primordial soup and genetic defects with a litany of insults to all mankind, you continue to promise to devastate and reverse years of progress made by civilization with untold loss of human life to make it true. In the first 100 days you promise to give us an express ride back to December 2008, the door step of a social and economic collapse World Wide.  And then you alone will call it “Great!”?

This massive egotistical dynasty, known as “Trump” is already beginning to sink!

“I just want to help the common people!” Yah! Right! If only it could be true!?

So, if you can’t even clean up the mess you have made in your own little sandbox here, however can you expect to be recognized productively and effectively on the World Stage with real world leaders in total control of theirs?

And so it is in America today!

P.S. if anyone can figure out how to crack the security wall please forward this message directly to the man! Feel free to use my name!