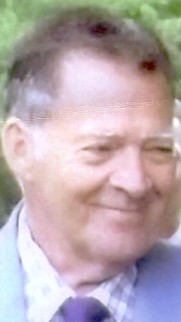 Michael was born in Newton, the last surviving of three sons of the late Michael A. and Margaret (Tierney) Samarco, and was a graduate of Newton High School. He loved his job as a union carpenter and supervisor with Local 275 in Newton for 52 years. He lived in Bellingham before coming to Upton in 1979 and had served with the Air National Guard.

An amateur radio enthusiast since the age of 11, he contacted every country in the world over the past 64 years, including North Korea, using the call letters WIJZ. Many weekends he was involved in amateur radio contests. He was a member of the Cardigan Welsh Corgi Club of America (CWCAA) and was devoted to his dogs, who were all AKC champions.

Michael was an avid runner. He ran sometimes as much as 25 to 40 miles a week at the Valley Tech track after working eight hours. He also cut 12 to 15 cords of wood from his property for 33 years and drove his motor home across country many times sightseeing landmarks. A very caring man, he was always willing to go an extra mile to help homeowners with improvements.

In addition to his loving wife, he leaves two sons, James and Matthew of Upton; a daughter Laurie Young of Bellingham; and two grandchildren, Stacy Smith of RI and Timothy Young of Framingham.

Raymond K. Smith, 101, a lifelong resident of Upton and the town’s oldest citizen, died early Wednesday, September 7, 2016 in Whitcomb House in Milford. His wife of 61 years, Mary E. (Ferrucci) Smith, died in 2012.
Raymond was born in Upton, a son of the late Franklin and Ida (Hagberg) Smith, and was a graduate of Upton High School. He served as a Technical Sergeant with the 352nd Fighter Group of the Army Air Force in Europe during World War II and was a member of the George L. Wood VFW Post in Upton.
He worked at Draper Corporation in Hopedale for many years, then for the Commonwealth of Massachusetts at the Lyman School, and as a custodian at Blackstone Valley Tech High School before retiring. He was elected to the Upton Cemetery Commission for multiple terms and had also served as the town’s veterans’ agent.
He leaves one son, Raymond P. Smith of Upton; a daughter, Mary Ellen Santelices and her husband Karin of Franklin; and three grandchildren, David Santelices of Belvedere, VT, Adam Santelices of Brighton, and Jacquelyn Santelices of Upton. He was also the brother of the late Edward, Harold, and Richard Smith and Hazel Whitney.
Following cremation, a memorial service will be held Saturday, September 17, at 10 a.m. in the Williams-Pedersen Funeral Home, 45 Main Street, Upton (www.uptonfunerals.com). Burial with military honors will follow in Maplewood Cemetery, Maple Ave., West Upton. There are no calling hours.
If desired, memorial donations may be made to the Upton Ambulance Fund, Box 1012, Upton 01568.

Robert T. Coffin, 83, of Upton, died peacefully at his home surrounded by family on Thursday, Sept. 1, 2016 after a brief illness. He was the husband of Alice M. (Berry) Coffin.
Bob was born in Queens, NY, the son of the late Wesley H. and Doris L. (Paine) Coffin. A  Korean War Army veteran, he was an auto and truck mechanic who operated the former Coffin’s Service Station in Whitinsville with his father for over 25 years and then worked for Anchor Motor Freight, Thompson Oil, and the Mass. Turnpike Authority. He served as a part-time police officer with the Upton Police Department for many years. A lifetime member of the George L. Wood VFW Post, he was also a member of the Blue Knights Chapter Mass 2 and the United Parish of Upton.
In addition to his wife of 54 years, he leaves one son, Allen B. Coffin and his wife Kelley-Ann of North Oxford; a daughter, Barbara Mangano and her husband William of Hopedale; a sister, Cynthia Carr and her husband Dick of Jacksonville, FL; and 3 grandsons, John Mangano, Sean Leonard, and Matthew Coffin. He was also the brother of the late Meredith Roberts.
Funeral services will be held Wednesday, Sept. 7 at 10 a.m. in the United Parish Church, 1 Church Street, Upton. Burial with military honors will follow in Lakeview Cemetery.
Calling hours at the Williams-Pedersen Funeral Home, 45 Main Street, Upton, are Tuesday from 6 to 8 p.m.
In lieu of flowers, memorial donations may be made to the United Parish Food Pantry, Upton.
www.uptonfunerals.com